This site is updating in the open

The other day I was debugging a Drag’n’Drop component, and I noticed that it added a DOM node every time I dragged an element. I wanted to inspect the node and see what’s going on in the CSS panel, but as soon as I dropped the element I was dragging, the new node was removed from the DOM (Document Object Model). I tried to catch it quickly, but I didn’t have a chance.

A quick search pointed me to an option I’ve noticed several times in the context menu of nodes in the elements panel, but I never cared to see what it was doing: “Break on…”. 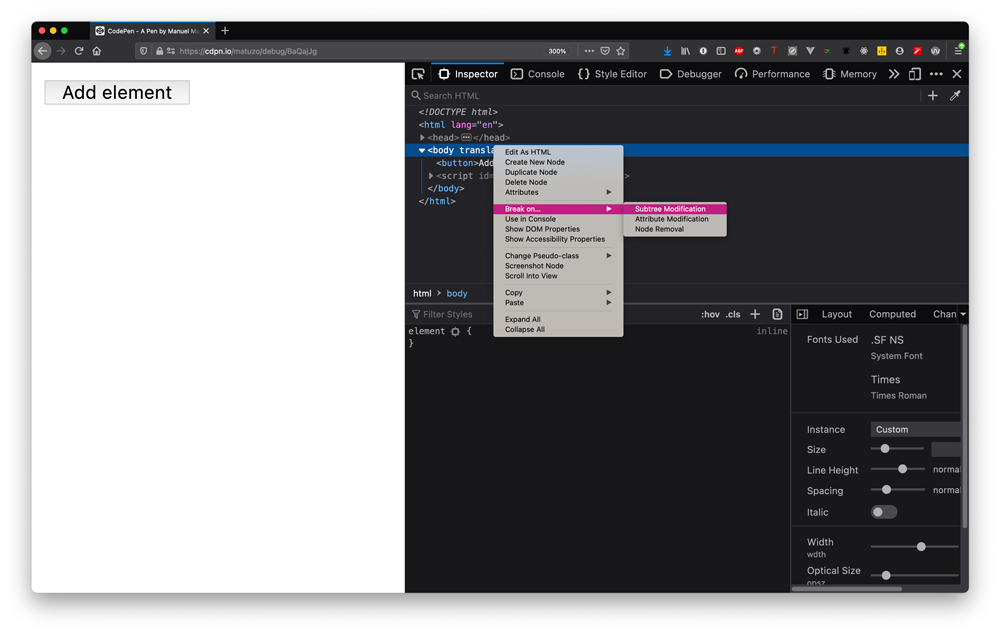 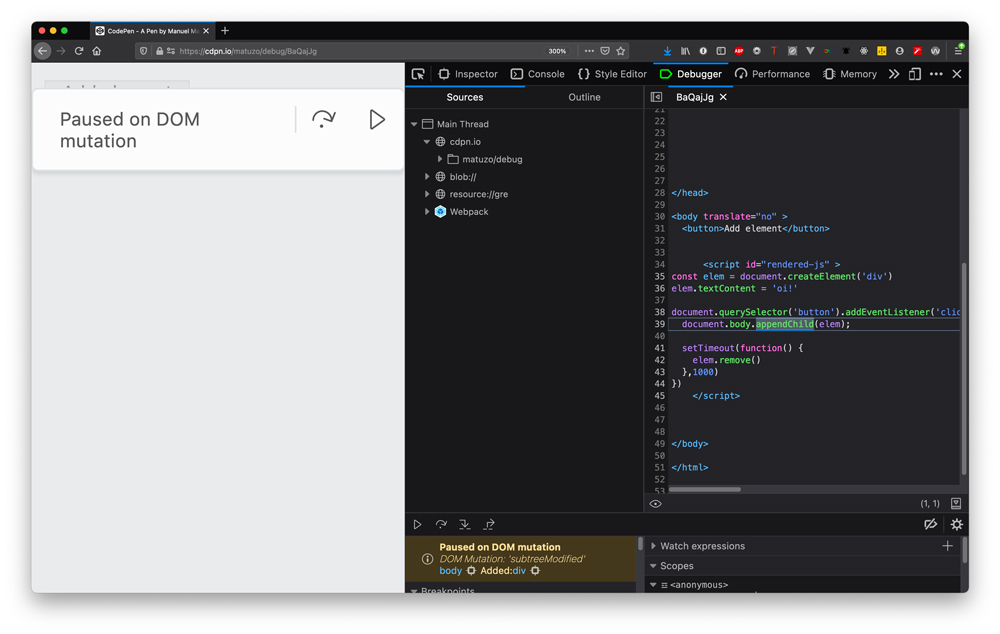 Now that the script is paused, you can unhurriedly inspect the DOM. 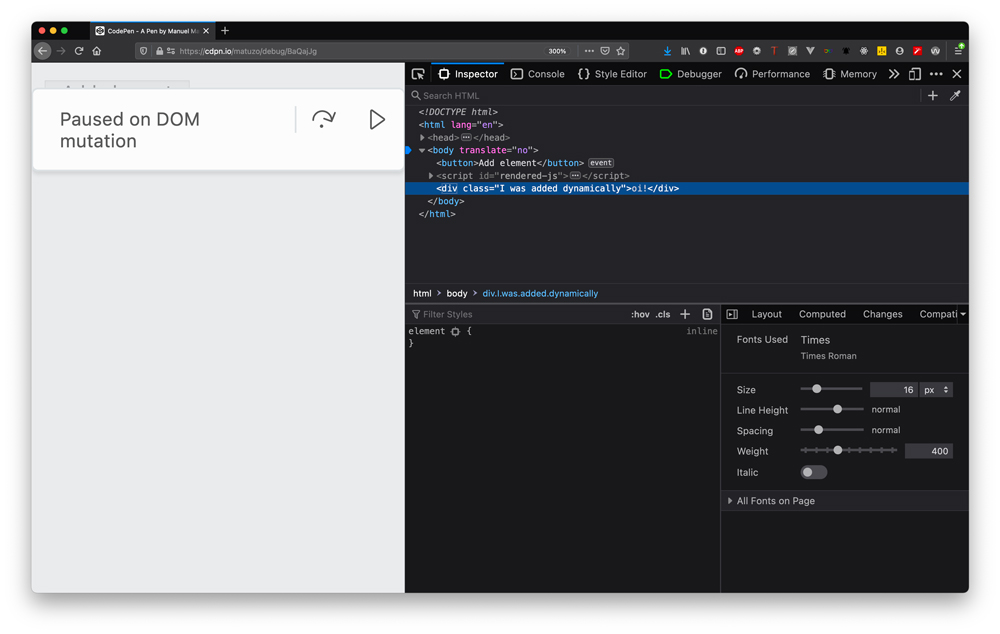 This option helped me not only to debug the component, but I also felt less stupid because I didn’t have to desperately try to move the mouse as quickly as possible.

The other options are useful, too. I can imagine that “Break on attribute modification” can come in handy when we’re debugging complex animations or user interactions.

You can use this CodePen, if you want to try it yourself.